Thirty-two representatives, from thirteen European countries (Austria, Belgium, Finland, France, Germany, Great Britain, Hungary, Italy, Poland, Spain, Sweden, Switzerland and The Netherlands), met in the capital of the European Union and, once it was time to adjourn, ‘unity’ was the key word.

A long-term program for reining in Europe was the intent and thanks to the expertise and input of those present, it was possible to look at the sport in Europe from all angles with four main goals:  uniting the European reining affiliates, better communication at all levels, growth and promotion of the sport with a focus on youth activities, and the restructuring of the NRHA European Affiliate Council according to the NRHA Governance structure.

“I believe the outcome of the summit was very positive,” said Mike Hancock at the conclusion of the meeting. “An important number of projects are in the works, thanks to the enthusiasm and will to work of all those present. I am certain that the outcome will further promote our sport in Europe thanks to the foundation laid during this historical occasion.”

A special meeting of the NRHA European Affiliate Council was convened.  The agenda consisted of discussions regarding the Council structure and the European Federation of Reining Horse Associations (EFRHA).  At the conclusion of the meeting a new structure had been approved with a task force appointed to oversee the details of the transition, and a vote to not support any further work concerning EFRHA. 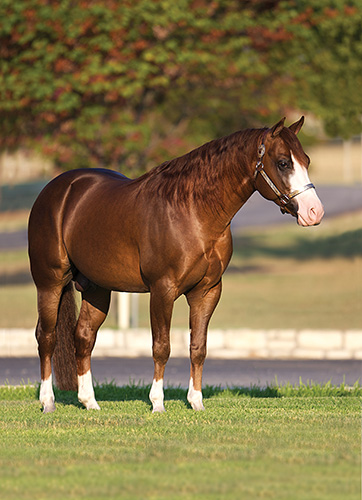