The NRHA Futurity Level 4 Open Semifinal sponsored by Not Ruf At All and Tamarack Ranch included the top 75 horses (plus ties) in the L4 Open division from the first go-round. Those achieving the highest combined score from the first go-round and semifinals advance to the finals and compete head-to-head for the winner’s $150,000 guaranteed paycheck on the night of Saturday, December 1. This year’s L4-L1 purse is the second largest in NRHA history, making the achievement even more special. Additionally, those riders qualifying for the semifinal, but not marking high enough to advance to the final, will receive a paycheck of more than $1,600 for their effort. 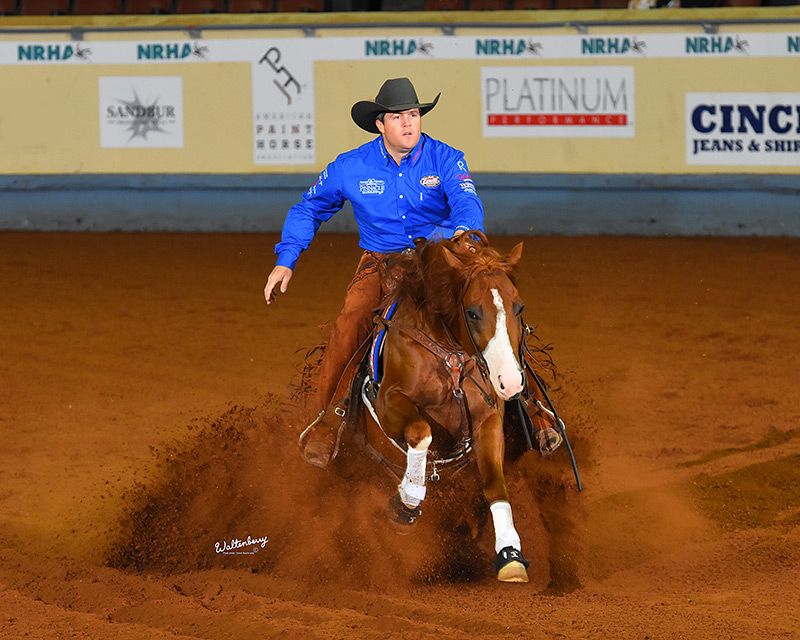 The L4 Open Semifinal was packed with high scores, but at the end of the day it was NRHA Million Dollar Rider Casey Deary and Gunnarickashay [video] who added a 225 to their 224 go-round score to win the L4 composite. Their 449 edged out Austin Lee Roush and Gunna Stop by one-half point for the win.

Earlier this year, Deary and Gunnarickashay won the All American Quarter Horse Congress L4 Open Reserve Championship to bring the stallion’s earnings to over $23,000. The son of NRHA Million Dollar Sire Gunnatrashya is out of Rondas Tio, a mare that has produced winners of more then $215,000 including Heavy Duty Chex ($133,50 NRHA LTE). Gunnarickashay is owned by Judy and Jolan Puno and nominated by St-Onge Reining Horses, Inc. 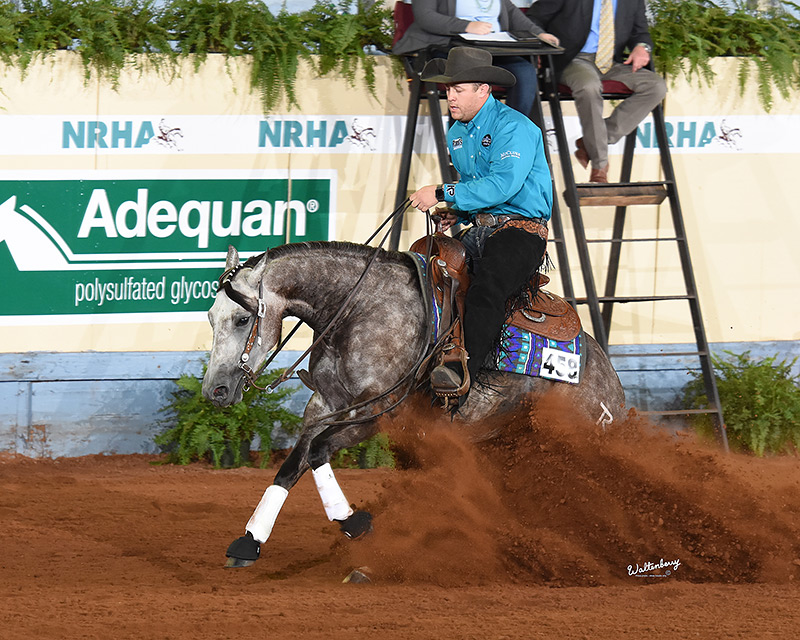 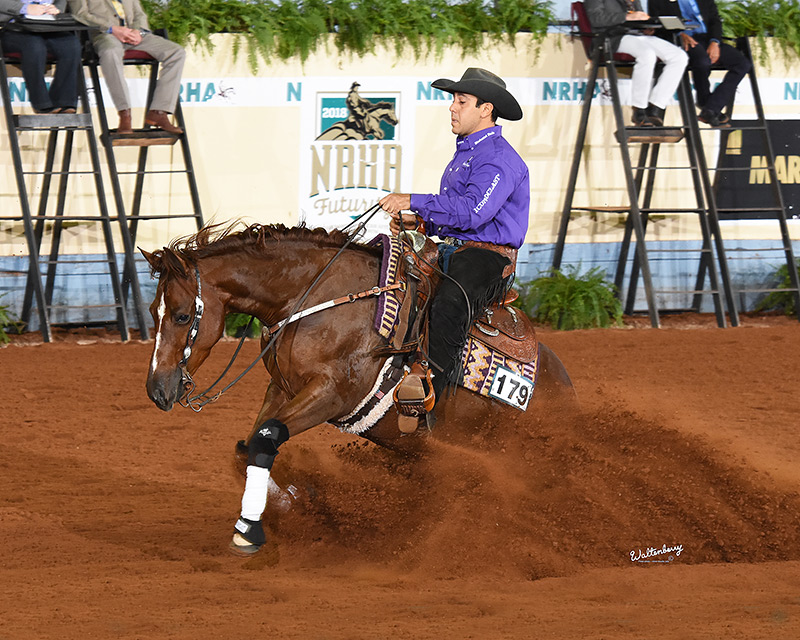 A composite score of 448½ rose to the top of the field in L3 through 1. Austin Lee Roush and Gunna Stop [video] marked a 227 in the semifinal for owner Alexandria Gokey. The chestnut stallion nominated by Toyon Ranch, LLC is by NRHA Million Dollar Sire Gunnatrashya and out of Stop Little Sister. So far this year, the duo has earned more than $6,500 at the HOT Summer Slide Futurity, Tulsa Reining Classic Futurity, and All American Quarter Horse Congress Futurity. 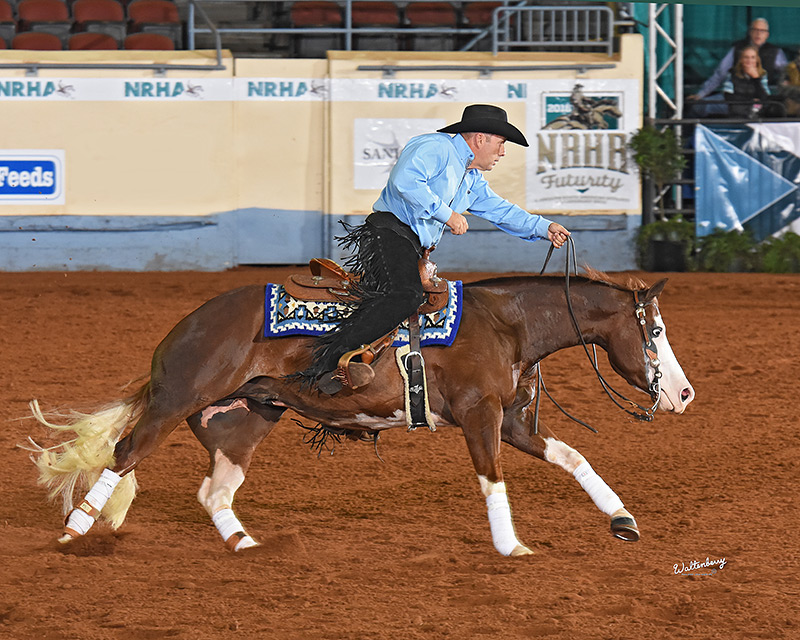 With a composite score of 442½, Mike McEntire took top honors in the prime time open division riding Pale Face Whiz. The dual-registered AQHA/APHA stallion owned by Everett and Karen Wiggins is already an NRHA money earner having won more than $6,000 at the All American Quarter Horse Congress Futurity with Craig Schmersal.

The new semifinal format provides more recognition to NRHA owners and riders and showcases the incredibly talented equine athletes in the sport of reining. Additionally, a guaranteed payout was made to each horse that qualified for the semifinals.