For Immediate Release – January 11, 2019 – Oklahoma City, Oklahoma – The National Reining Horse Association (NRHA) recognized volunteers from 14 regions around the world as special guests during the Sliders’ Night Out event hosted by the Reining Horse Foundation (RHF) on November 28. This new program is made possible by NRHA Heritage Partner Toyon Ranch, owned by John & Nancy Tague of Pilot Point, Texas.

The volunteers were selected for the special recognition which includes complimentary reserved seating at the fundraising banquet, a certificate, and free admission for the NRHA Futurity. Those who attended Sliders’ Night Out also received a travel award.

The inaugural program resulted in the names of 40 volunteers submitted for recognition and a person or couple was selected for each of eight U.S. and six international regions. The selection committee was impressed with the quality of volunteers. In 2018, every person who was submitted will receive a certificate acknowledging appreciation for their contributions. Among the group are NRHA Pros, Non Pros, judges, secretaries, and stewards.

“Reining at the grassroots is made possible through members who volunteer at our NRHA affiliates,” said Gary Carpenter, NRHA Commissioner. “The volunteers who joined us at Sliders’ Night Out and the NRHA Futurity are representative of our diverse NRHA members. We expect they will enjoy this experience and then turn around and go back to their affiliates and get to work, carrying with them many positives happening through the Reining Horse Foundation and NRHA.”

Toyon Ranch has a commitment to present Sliders’ Night Out and the Affiliate Ambassador program for three years. The event is a fundraiser for the 501(c)3 nonprofit Reining Horse Foundation, whose mission is caring is caring for the reining community and honoring the sport’s legacy. Core programs include the Dale Wilkinson Memorial Crisis Fund; youth scholarship and leadership development; and perpetuation of the NRHA Hall of Fame.

The NRHA Affiliate Ambassadors were guests at the Reining Horse Foundation Sliders’ Night Out philanthropy event. Some were also on hand for arena introductions during the NRHA Futurity including: (left to right) 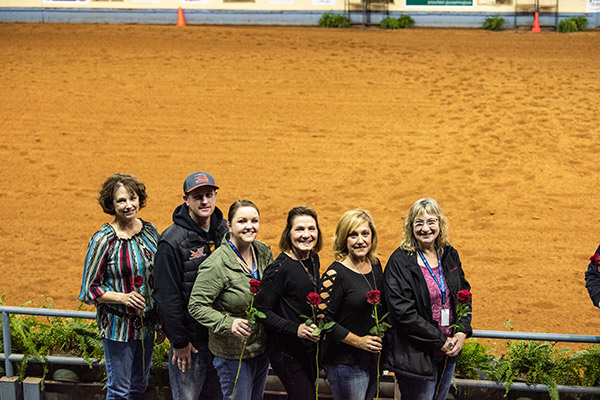 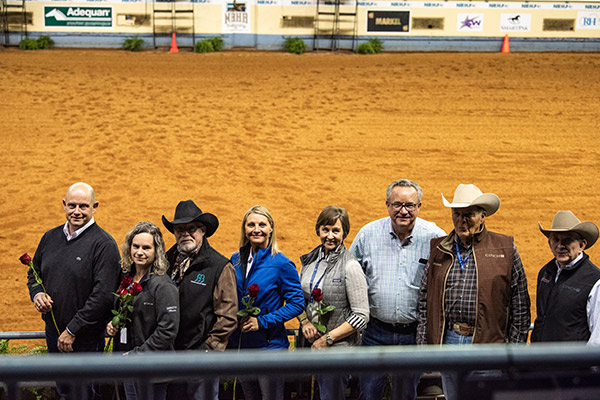