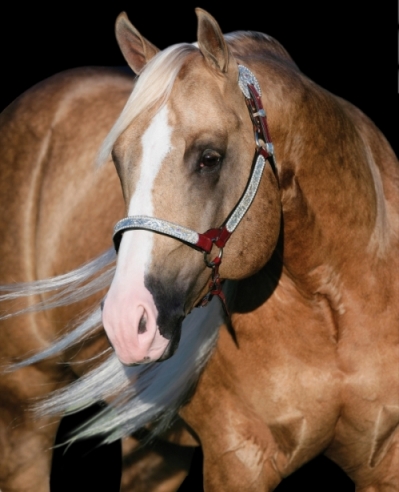 Although he only competed for one year, “Wimpy” earned great success in the show pen and boasts NRHA Lifetime Earnings (LTE) of more than $185,756. In 2002, the palomino stallion and NRHA Six Million Dollar Rider Shawn Flarida took second place in The Tradition Level (4) Open Futurity in Lexington, Virginia. The pair went on to claim top honors at the All American Quarter Horse Congress L4 Open Futurity and the NRHA L4 Open Futurity.