For Immediate Release – Oklahoma City, Okla. – February 16, 2017 – The National Reining Horse Association (NRHA) has concluded its second annual Winter Meeting with great success. Held February 8 – 11 in Fort Worth, Texas, this year’s event was full of activities, meetings, and banquets to position the association for continued success and to celebrate its members.

NRHA Committee meetings started Thursday morning and continued through Friday. The National Reining Horse Youth Association (NRHyA) participated in their leadership development seminar on Friday and Saturday. In three sessions, youth members of all ages gathered to strengthen their leadership skills and network with other NRHyA members. Additionally, the first in-person show secretary and management seminar was held with great attendance.

As Friday night arrived, NRHA members gathered to honor those who have made a significant impact on the reining horse industry. During the celebration Carol Rose, Rosanne Sternberg, and Smart Like Juice were inducted to the 2017 NRHA Hall of Fame. NRHA member Tim Katona received the Dale Wilkinson Lifetime Achievement Award. Katona is credited with helping form the NRHyA and was the first youth committee chair.

The NRHA Board of Directors met Saturday and discussed a variety of different topics and received updates from the committee meetings held earlier that week. Topics of discussion included:

After a successful day of meeting, the 2016 NRHA award recipients were honored at the banquet. If the work accomplished at this year’s NRHA Winter Meeting is an indicator of how successful 2017 will be, it is safe to say the association is off to a great start.

For Immediate Release – Oklahoma City, Okla. – February 15, 2017 – The National Reining Horse Association (NRHA) Board of Directors met during their Winter Meeting and reviewed a recommendation from the Aged Events Committee. Based on this recommendation and much discussion, the Board approved the following updates to the conditions that involved late entries, semi-finals format, and the number to advance to the finals. To see the updated conditions, visit the forms page on nrhafuturity.com or get the PDF directly here.

“I’m really proud of the work that our Aged Events Committee and Board of Directors have done with our Futurity Semi Finals format. Horses that qualify for the Open Level 4 semi-finals will now be given more recognition through a new format at our pinnacle event,” said Mike Deer, NRHA President. “The Aged Event Committee continues to look for ways, like adjusting our deadlines, to make our event more exhibitor and owner friendly, while maintaining the core values of the Futurity that we all love.”

LATE ENTRY DEADLINE
The late entry deadlines for entries accepted after November 1 was extended 24 hours to give more opportunity for late entries. All previous deadlines stating two days prior are now extended to one-day prior at 5 p.m.

SPECIAL PERFORMANCE L4 OPEN SEMI-FINALS SECTION
To create a special performance for spectators, the top 75 horses, plus ties, in the Level 4 Open division semi-finals will compete in a separate section prior to the finals. Just like previous years, levels 1 – 3 will compete in their own semi-finals section.

Don’t forget- register today for our upcoming webinar pn February 13th at 3:00 pm ET. The topic will be “Climate Change and Equines.”

David Herring, Director of Communication & Education at the NOAA Climate Program Office will be the featured speaker. Mr. Herring will discuss how they see changes in the weather affecting not only horses themselves, but also the areas in which they live, show, and are ridden. Dr. Karen Davison, Equine Nutritionist and Director of Purina Animal Nutrition’s Equine Technical Services team will also give an overview of how horses nutritional needs change with the weather.

In the AHC Member spotlight, Jim McGarvey, Executive Director of Back Country Horsemen of America (BCHA) will give an overview of the work that BCHA does- most importantly how they work to keep trails open for equestrians. Just last year, the AHC worked with BCHA toward the successful passing of the National Forest System Trails Stewardship Act. Finally, AHC’s Director of Health & Regulatory Affairs Cliff Williamson will give a short overview on regulatory issues that the AHC is currently working on.

The webinar is open to both AHC members and non-members—we encourage everyone to attend!

To register for the webinar, please click here. If you have any questions, please contact Ashley Furst at afurst@horsecouncil.org . We look forward to having you join us! 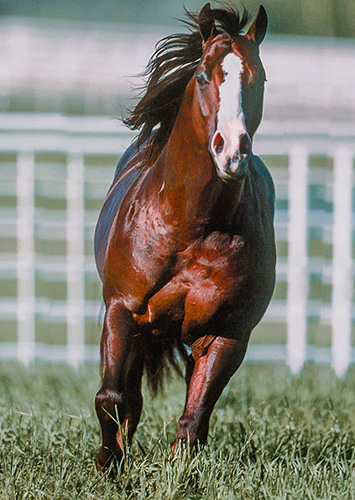